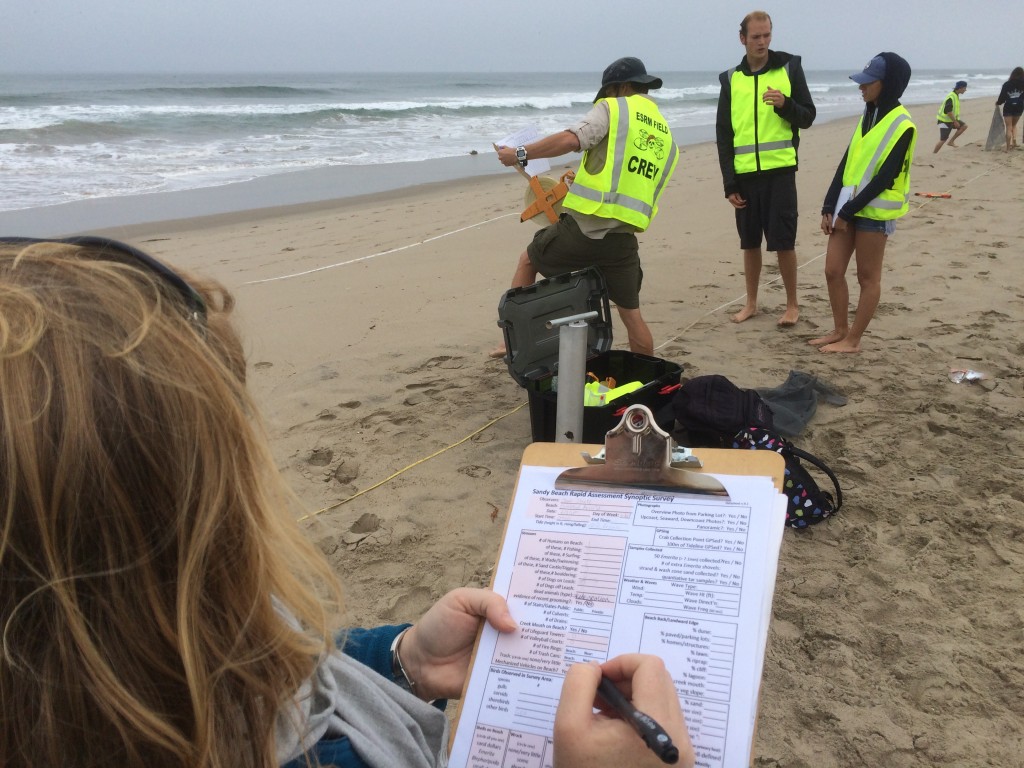 We sampled our two beach sites at Ormond Beach yesterday.  As with our beaches in west Ventura County, we found a generally light to moderate tarring along the strand line.  It was consistently patchy with the majority of the beach being only lightly tarred.  We did also detect an oily sheen within the sand matrix towards our Arnold Road sites, indicating the beach was hit with a slick in addition to more weathered tar in the last several days.

We found a dead round skate and a California sea lion within the wash zone when we arrived in the early morning.  As you would expect in June, we had relatively few shorebirds, but noted several California least tern breeding pairs and many snowy plovers.  Most plovers were back in amongst our dune complex, but a few were outside in the main beach area.  While I saw the plovers frequently running in and out of the tar/wrackline, I did not see any direct feeding within the tar or direct interactions with the tar itself.

Tar clean-up teams had not yet arrived to clean-up Ormond at the time of our surveys.  They were slated to arrive the next day, June 4. 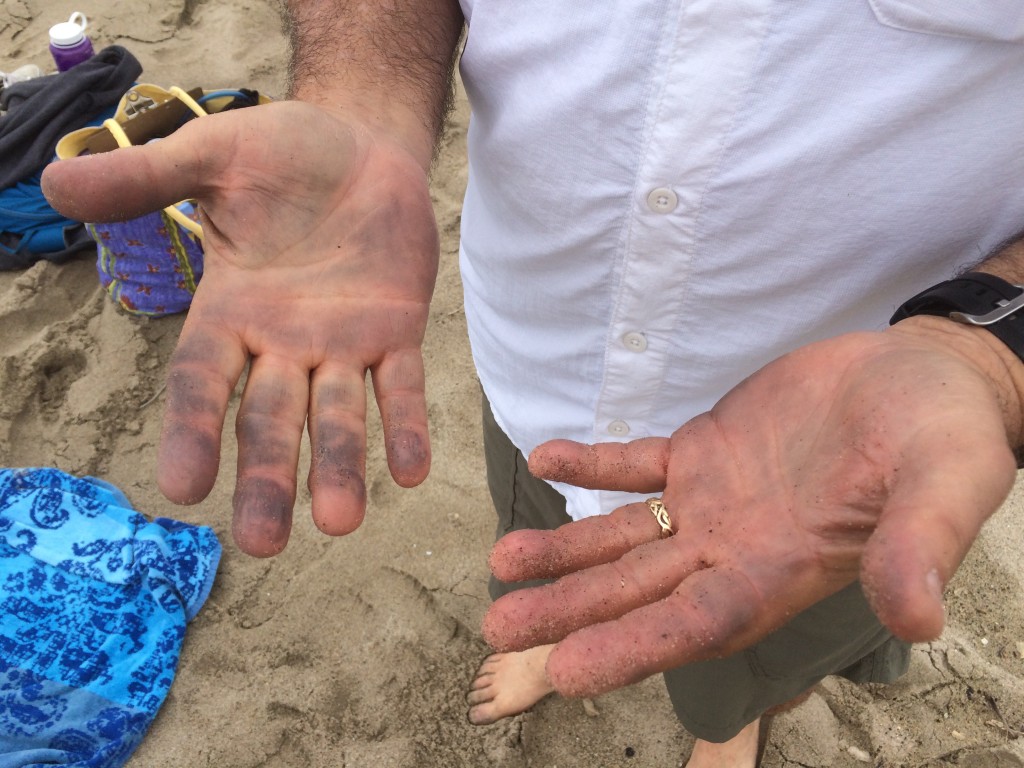 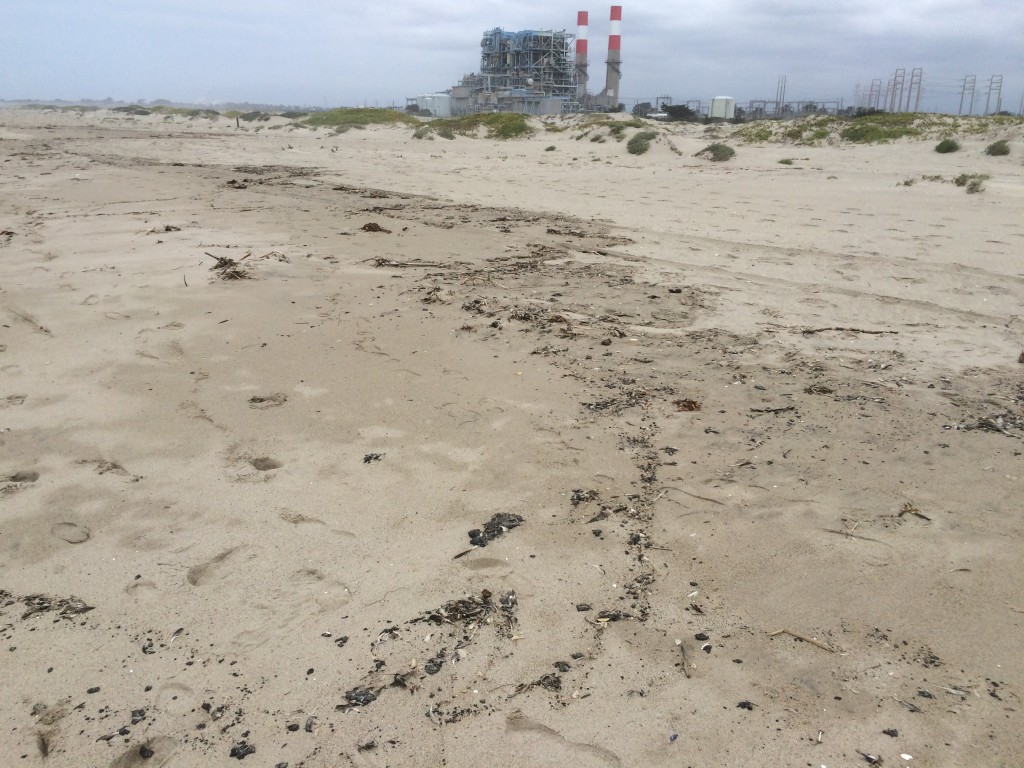 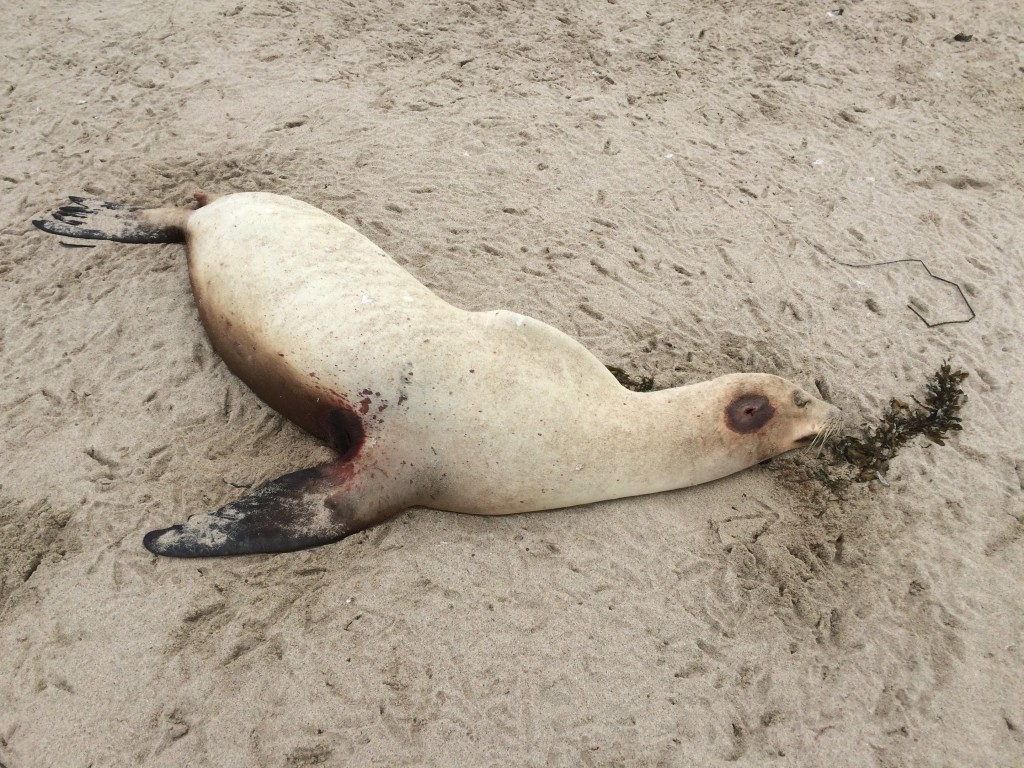 A dead California sea lion at Ormond Beach. This individual was newly located this morning as the tide receded. This photograph was taken several hours later after turkey vultures had begin to attack the carcass. No external oil was evident. There was a similar lack of oil in the nasal and oral cavities. June 3, 2015.