Posted June 21, 2015 by admin under Uncategorized

El Capitan State Beach is currently slated to re-open to the the general public this Friday, June 26.  El Capitan was heavily oiled beginning late in the day on May 20, 2015 (day 2 of the spill), but was nevertheless exposed to less intense oiling than Refugio State Beach.  Refugio will remain closed for at least an additional two weeks while work crews continue to clean rocky intertidal of deposited tar by hand.

From the Joint Incident Command:

El Capitan State Beach has been cleared by the California Department of Parks and Recreation to re-open, Friday, June 26, 2015.

The California Department of Parks and Recreation and members of the Unified Command completed a site assessment of El Capitan State Beach and deemed it safe for the public, Thursday, June 18, 2015. While the beach will be open June 26 for camping and day use, State Parks personnel requests that campers do not check in until 12:00 p.m.

Reservations at Refugio State Beach have been cancelled until July 9. Additional reservations may be cancelled depending on the progress of the clean-up operation.  State Parks staff will continue to monitor the cleanup and re-evaluate the closures.  Any affected reservation holders will be notified by e-mail and voicemail of future cancellations. Campers with reservations that experienced additional impacts from the Refugio crude oil release should call the toll-free claims line at 1-866-753-3619.

The JIC remains very interested in telling you that everything is okay.  They have unfortunately demonstrated a pattern of releasing essentially no information with any detail or with any timeliness.  For example, while they are anxious for you to know El Capitan is opening back up, the most recent beach oiling map they will provide is nearly a week old. 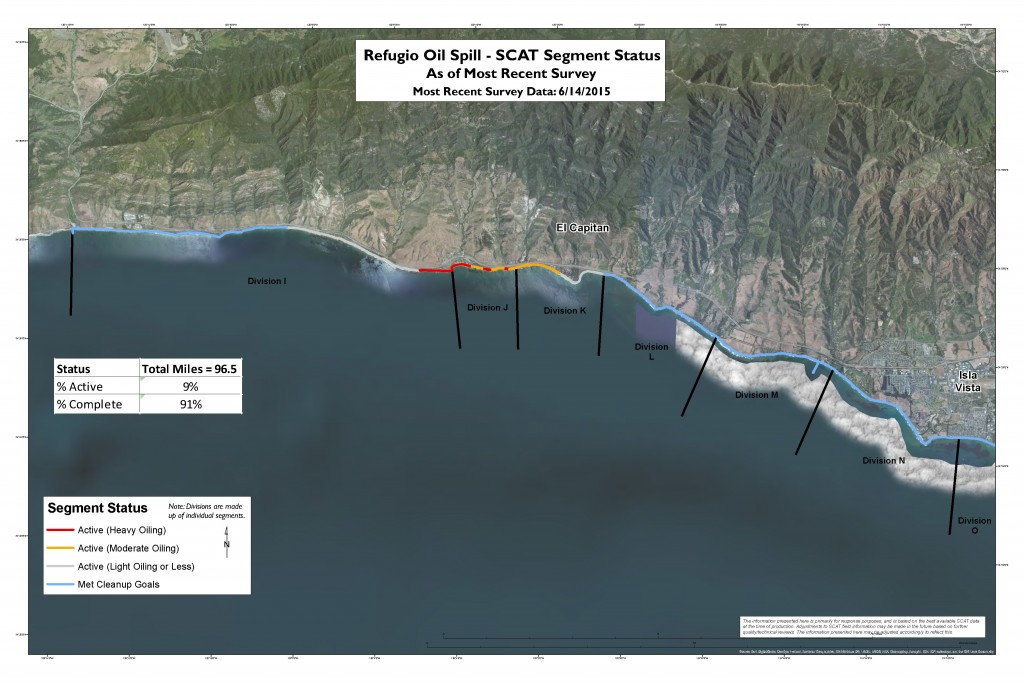 Refugio Beach Oiling Map as of 06-16-15.  Note: the Refugio-El Capitan region is the section with the most oil remaining (red and orange color herein). Source: Joint Incident Command

To be clear, our observations suggest there is little significant threat to beach goers in this region.  But the lack of free flowing information and the massively superficial nature of most of the information released to date has been disappointing.

While the public access is slated to improve over the coming weeks, the prospect for routine oil pumping is limited.  The oil movement infrastructure remains compromised.  Plains All American has yet to comment on the date for the restoration of flow in this trunkline of their pipeline.  Some folks are quoting a year to get it up and running, but don’t believe those silly timelines.  Exxon’s request to move oil via increased tanker trucks has been stymied for the time being and the tank farm on the Refugio coast is now at full capacity.  The three offshore platforms that feed into this facility have now been shut in and are not producing and petroleum. 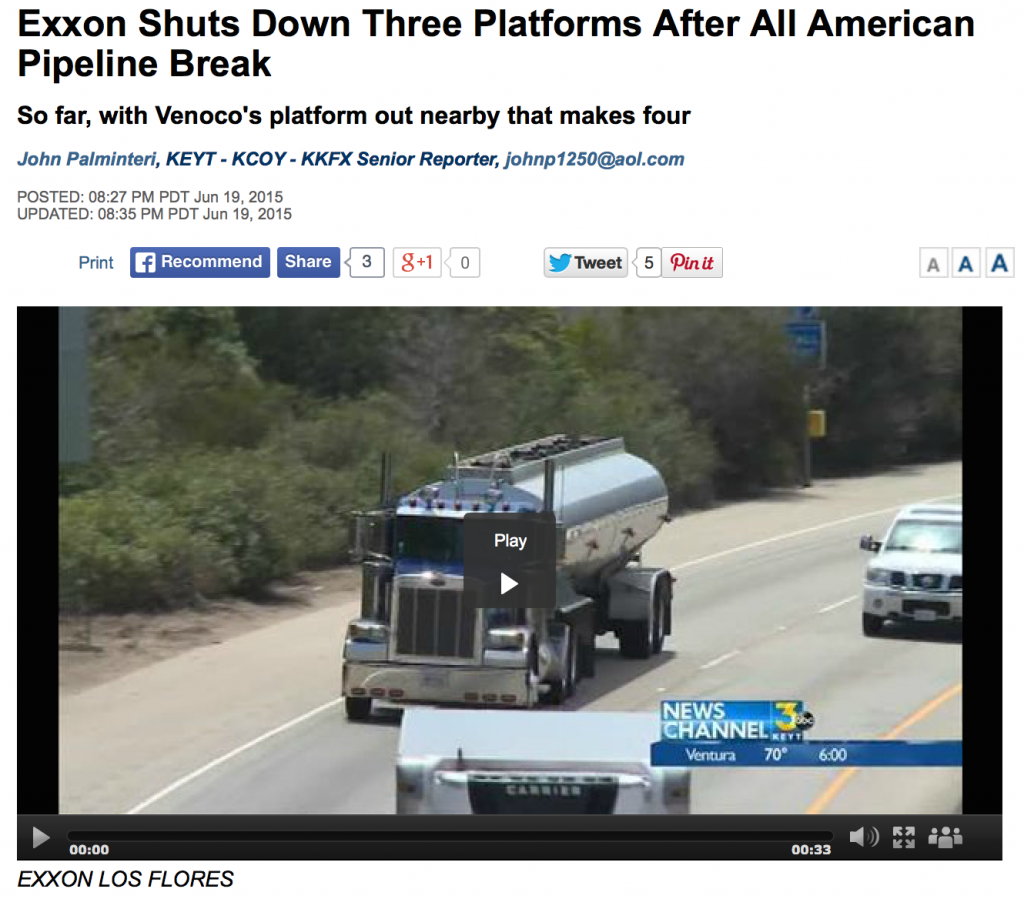 KEYT 3 News Reports that four platforms are now shuttered in the wake of the Refugio Spill.