Wow!  I guess dreams really do come true.  At least when it comes to critiquing federal agencies in the wake of an oil spill.  And when the agency that has been understaff and under-resourced bears some of the blame for an oil spill, you bet that we can all get on board the you are to blame train.  As in it was you and not it was us (aka the folks who give you mandates without the funding to carry them through). 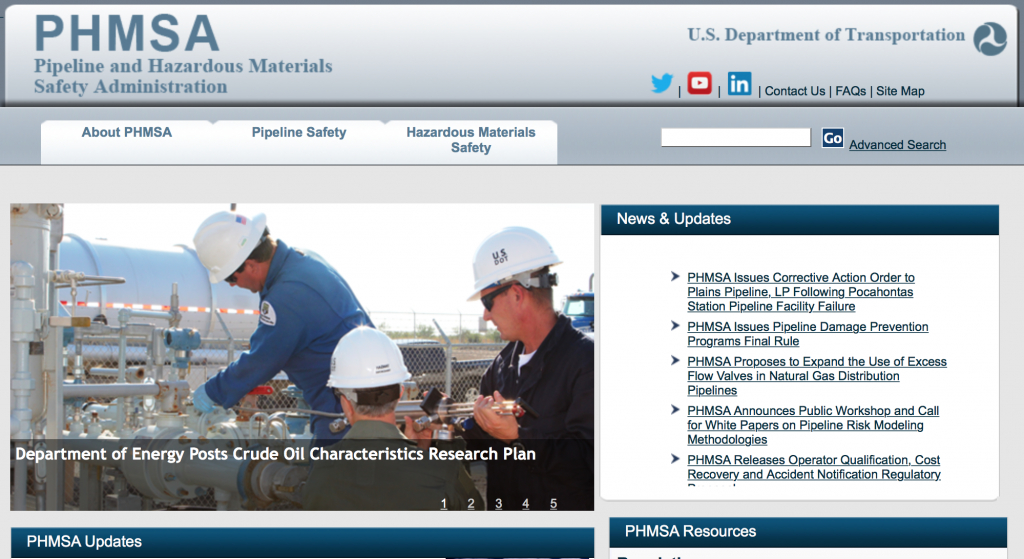 You can read about the all-too-rare-these-days bipartisan critique of the Pipeline and Hazardous Materials Safety Administration here.

The Ventura County Star‘s Kevin Freking and Michael Blood have a good piece on this unified front this afternoon:

An agency that oversees the safety of the nation’s pipelines has failed to follow through on congressional reforms that could have made a difference in a May break that created the largest coastal oil spill in California in 25 years, a House committee chairman said Tuesday.

In a rare display of agreement on Capitol Hill, Republicans and Democrats on the Energy and Power Subcommittee expressed frustration with inaction by the Pipeline and Hazardous Materials Safety Administration, which has yet to complete more than a dozen requirements outlined in a 2011 federal law.

Among the unfinished work was revising regulations to establish specific time periods for notification of authorities after an accident.

The owner of the California line, Plains All American Pipeline, has been criticized for taking about 90 minutes to alert federal responders after confirming the spill near Santa Barbara.

“Some of these provisions I am convinced would have made a difference in the recent oil spill in Santa Barbara had they been implemented in a timely manner,” said Rep. Fred Upton, a Michigan Republican who chairs the House Committee on Energy and Commerce.

Other incomplete requirements include issuing regulations on shut-off valves for new lines that can quickly stop the flow of gas or oil in an accident and regulations that would require leak detection systems on hazardous liquid pipelines and establish leak-detection standards, according to the committee.

The agency has completed 26 of 42 reforms from the 2011 law, but the California spill has given new urgency to questions about the agency’s effectiveness and its progress on the remaining 16 requirements…

…Records filed by Santa Barbara County indicate that firefighters who arrived at the scene just before noon on May 19 quickly recognized that some sort of leak or spill had occurred. Crude was gushing from a bluff like a fire hose “without a nozzle,” the records said.However, company employees at the scene did not confirm a leak until about 1:30 p.m., and it would be nearly 3 p.m. before the company would contact the response center. By then, the federal response led by the Coast Guard was underway.

At the hearing, Democratic Rep. Frank Pallone of New Jersey told the agency’s interim executive director, Stacy Cummings, that he was “deeply concerned about PMHSA’s ability to carry out its mission.”

Cummings said the agency was making progress on the remaining regulations, but she did not give lawmakers a detailed timeline for completion.

“We share your concern and sense of urgency,” she told lawmakers.

Cummings said the pipeline near Santa Barbara will remain shut until the cause of the break is determined and any other risks are fixed, and that any lessons from the spill will be incorporated into policies to prevent future accidents.

New federal funding should allow the agency to boost staffing for safety inspections and accident investigations, she said.

“We are committed to quadrupling our efforts so that Americans can be confident that PHMSA is protecting people and the environment,” Cummings said.

If you are curious as to the PHMSA’s arguments to congress, those are not yet posted on their website (only testimony up through 2014 is posted…I guess we call that budget cuts again?) so good luck on that front.  Same goes for the Congressional Subcommittee doing all this critiquing: no recent records on the testimony or situation in Santa Barbara County.  But I suspect those comments will be up shortly here.

KCLU ran a good story on this hearing this morning.  You can listen to that radio piece here.