Venoco’s Ellwood Onshore Facility and Mobile Line 96 has had a bunch of pent up oil since the May 19 pipeline break (and associated shutdown) of the Plains All American Pipeline.  Shutting down the Plains All American main pipeline stranded oil in upstream feeder lines.  Venoco was finally granted permission to use tanker trucks to haul out that stranded oil yesterday.  In previous weeks emergency petitions to move that crude were denied by the City of Goleta, but yesterday’s determination that the movement of crude was within the scope of Venoco’s existing permits paves the way to get that crude out.  Venoco will move the estimated 5,500 gallons of crude oil via 34 tanker loads over the next 17 days.  While not detailed, it seems clear that the number of vehicle trips is related to need to drain containment structures at multiple points (each tanker will move only an average of 162 gallons per trip).  Hauling will occur via the 101 during evening and non-peak daytime hours over the next 16 days.

This is clearly a good move, although it is disappointing it took three months to secure permission to vacate these lines and tanks. 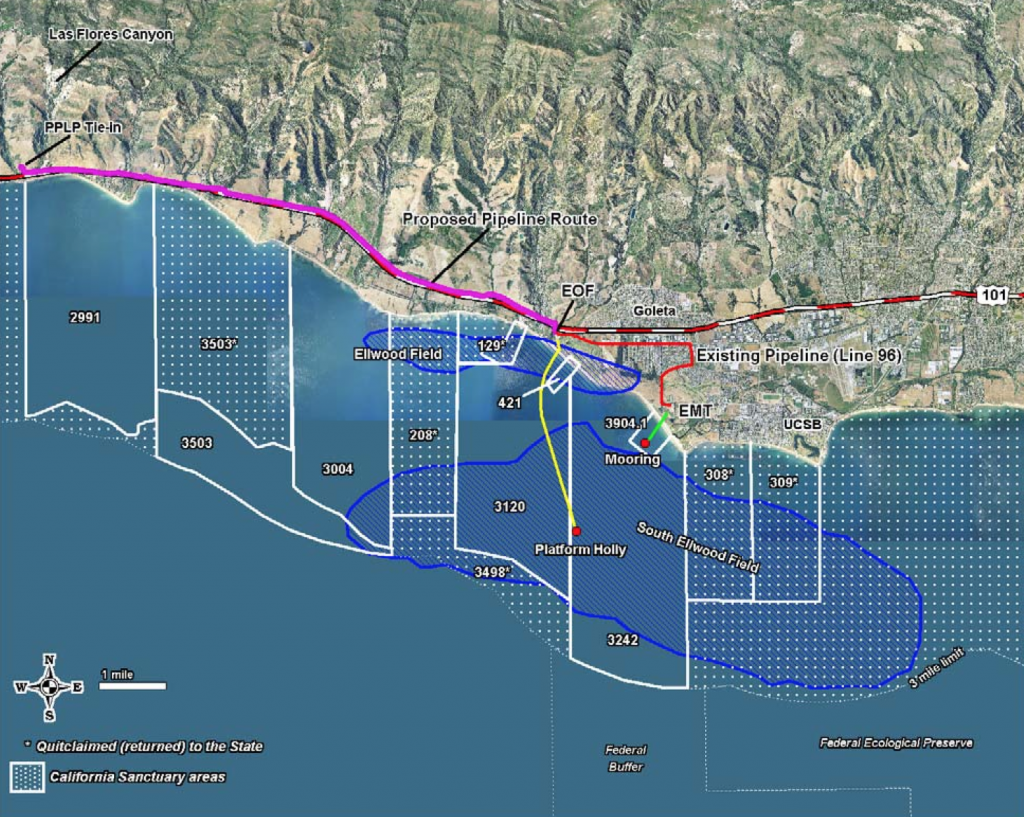 As with most of our local pipelines, this Line 96 spur was built to reduce impacts and risks associated with moving oil and/or gas from offshore to refinery sites.  This particular pipeline was installed to eliminate the need for continued operations at Venoco’s Ellwood Marine Terminal, particularly eliminating oil barge operations adjacent to designated Marine Protected Areas.