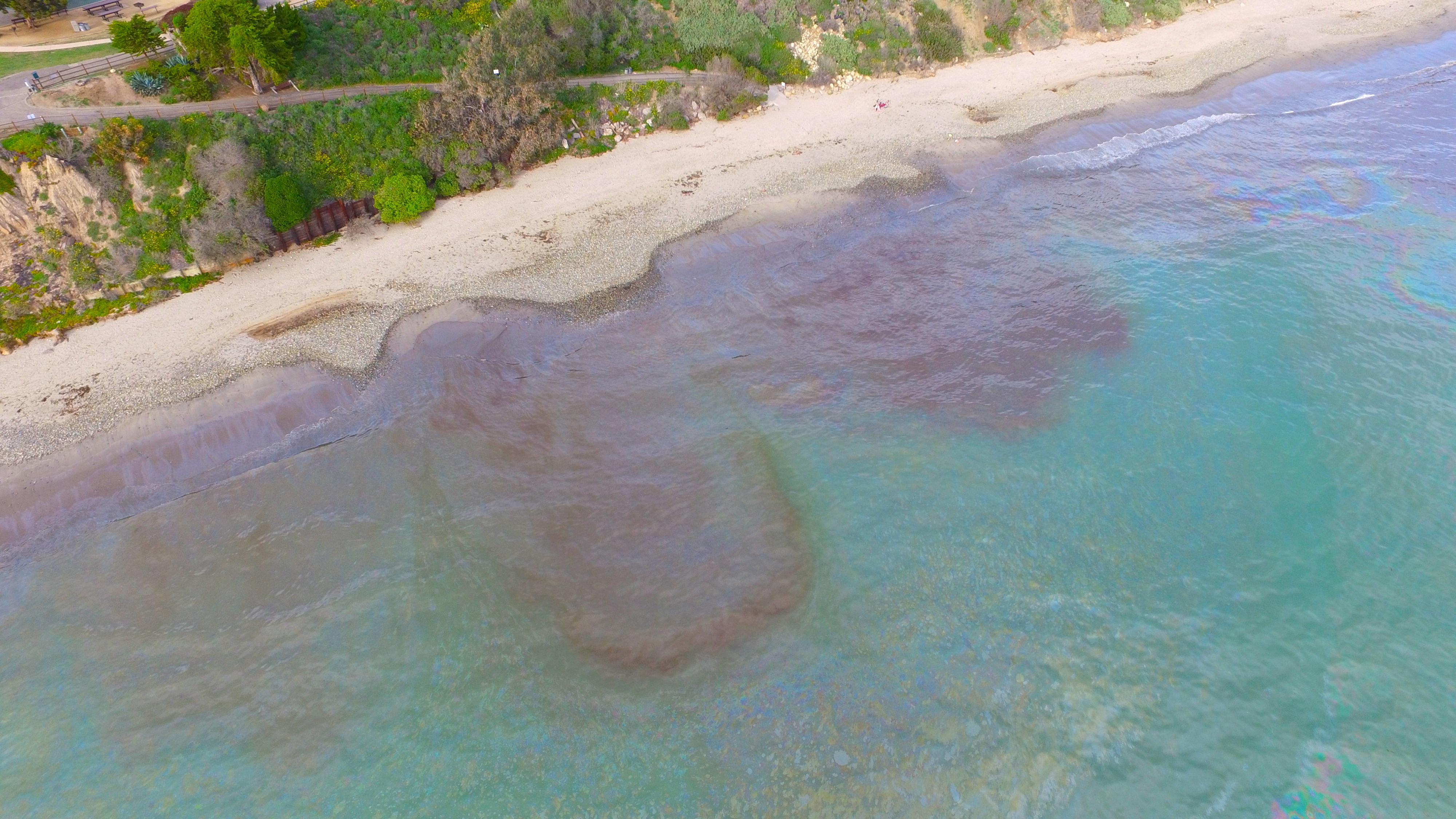 For the past several days we have been seeing unusually heavy oil deposition along the beaches in Summerland, centered just below Lookout Park.  While we have been in a period of higher than normal seep activity for the past year or so, this tarring event seems beyond a mere seep event.  This smacks of some type of oiling event from an (as of yet) unknown source, discrete or well bore. 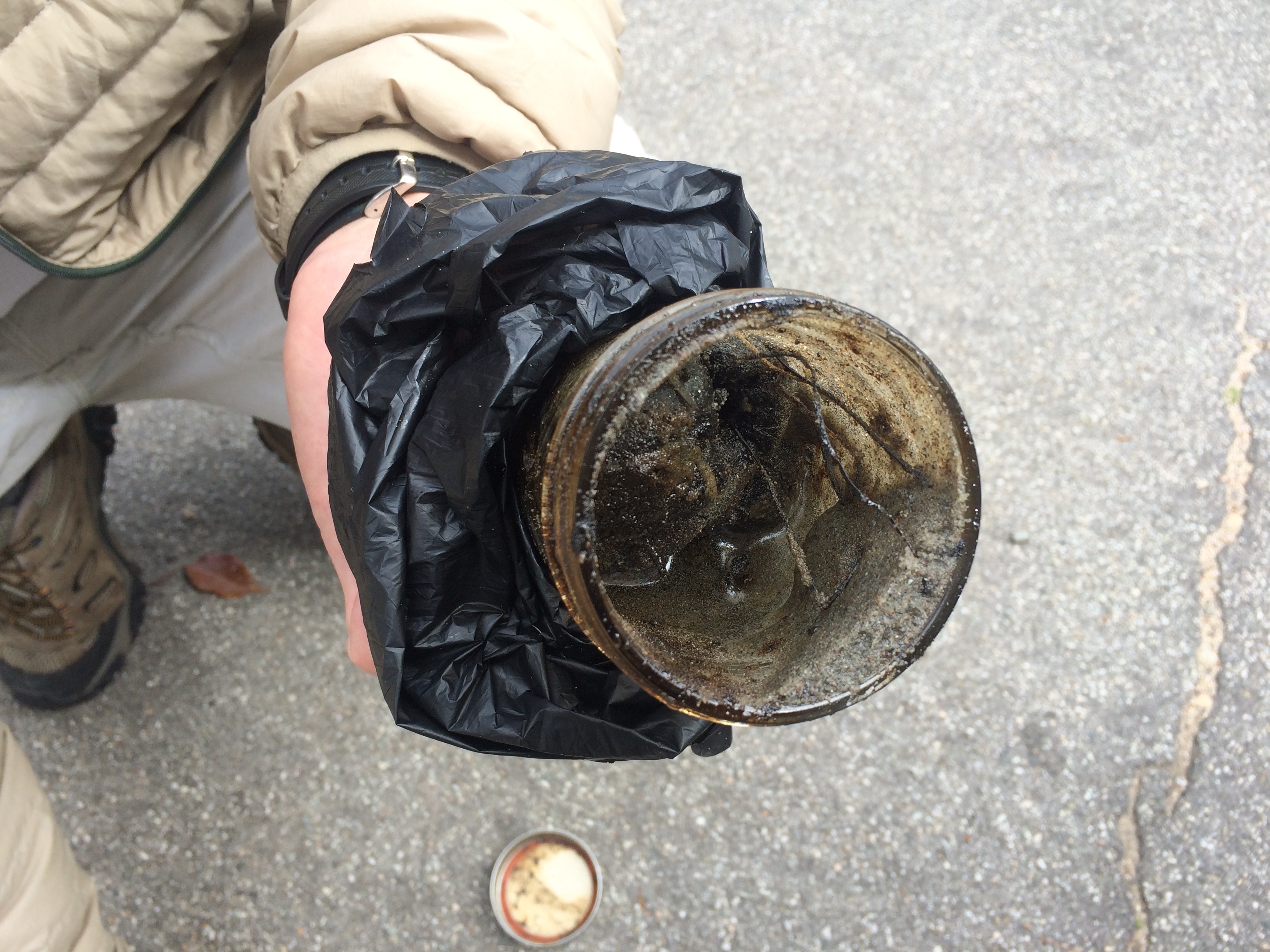 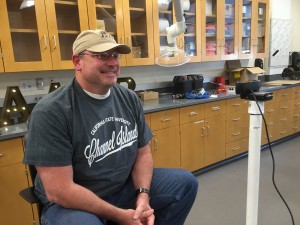 In the midst of teaching my “Intro to Drones” class (ESRM 370) this past Friday, we got a ring from our local ABC affiliate, KEYT3 TV.  They were looking for comment on this beach deposition, but my packed schedule was too full to arrange a regular interview on camera.  Cue our new ESRM web camera and Skype.  While Skype’s low-res connection didn’t do justice to that new HD camera, this was another example of the power of CSUCI and ESRM.  Our interdisciplinary perspectives, community service orientation, and desire to communicate more widely motivated the purchase of that new camera a mere week before.  On top of that, our brand-new, well-lit Tech Lab in Sierra Hall proved a convenient backdrop for an interview after our class wrapped up and before I had to run off to another meeting.  Much thanks to Kim Gregory, CSUCI’s great Press Office, and AARR’s Tim Holcombe’s Skyping skills to get the whole hook-up in place while I was running between students and engagements. 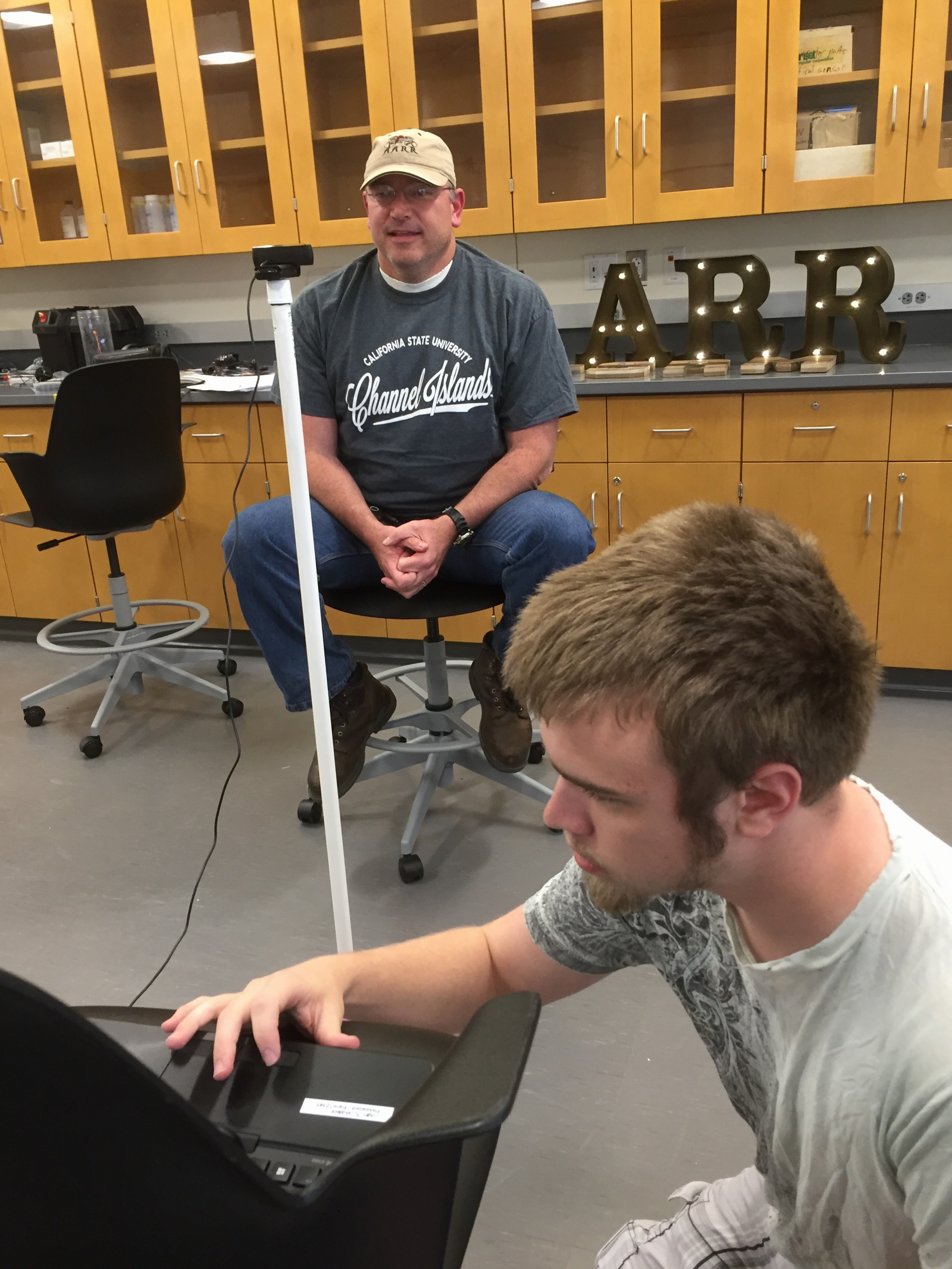 Tim on tech detail as we did a sound check before the questions flowed.

KEYT pulled together a brief, but nice piece in time for their 5 O-Clock news (below). 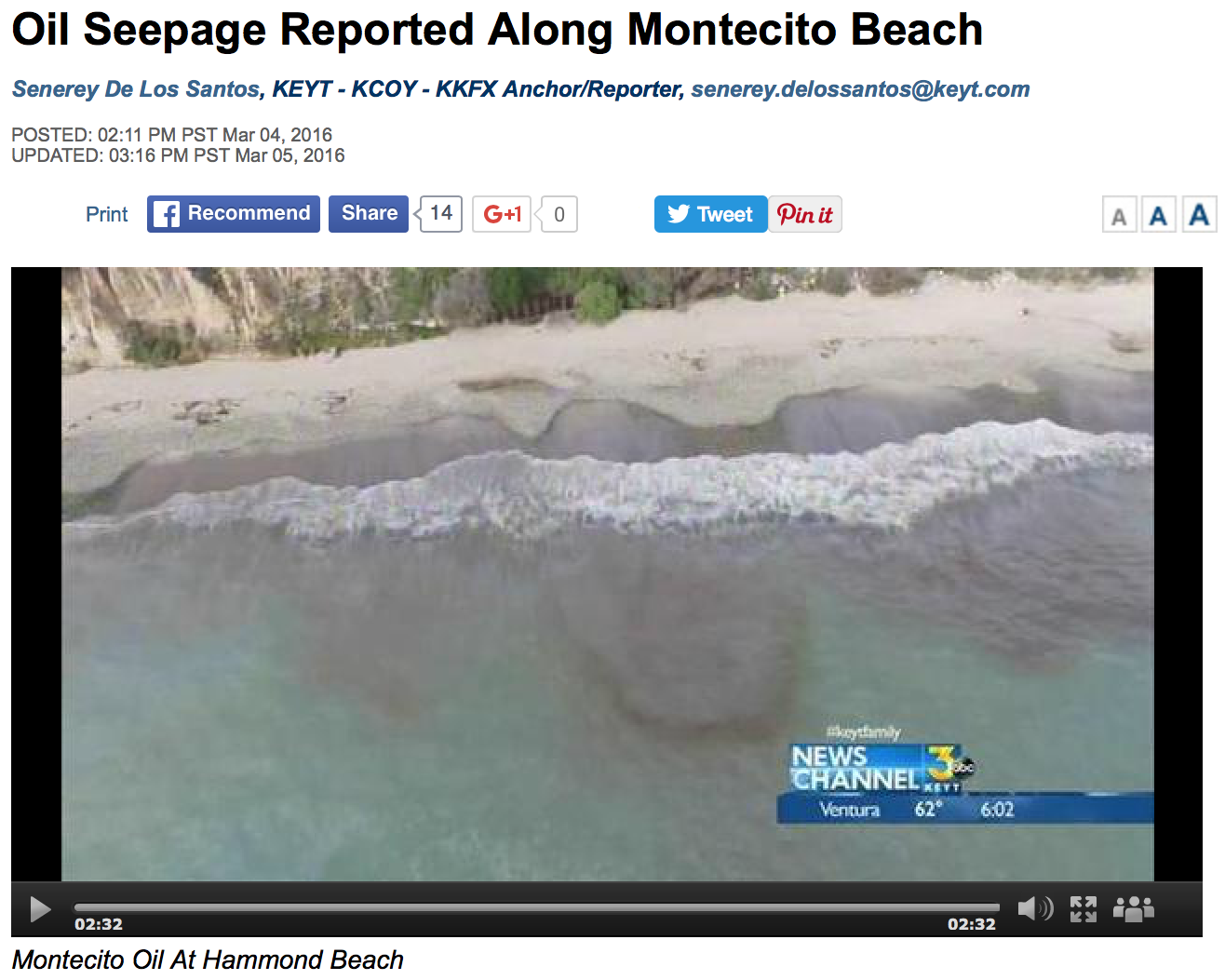 Many locals have been quite concerned for several years about potential releases from the Becker Well or similar such long-abandoned, but not necessarily properly capped, wells.  The Becker Well was drilled sometime in the late 1800s, predating our modern suite of resource management agencies, modern environmental regulations, and even effective drilling records.  Becker is in the surf zone.  This appears to in part explain why it was never properly abandoned.  It has a history of small but persistent oil leaks, apparently often being behind deposition onto the beach or into the nearshore ocean off Summerland’s coast.  These ongoing drip-drip-drip of oil releases motivated the State Lands Commission to begin a re-excavation and attempt to reseal the well starting in late fall of 2015.