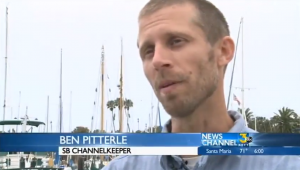 Our colleagues at Santa Barbara Channelkeeper just ran another subtidal inspection on Naples Reef (a few minutes south of the Refugio spill epicenter) and happily again found no obvious sign of major oiling in the area.  This combined with our previous surveys in this same area a few weeks back and California Reef Check‘s surveys off of Refugio last week imply that we avoided any massive subtidal oil deposition.  That is awesome, but we still need to conduct quantitative surveys of the areas most likely to accumulate oil (something prevented by the closure still in effect).

See the KEYT coverage of the most recent inspection by clicking the image below and clicking through to the embedded video: 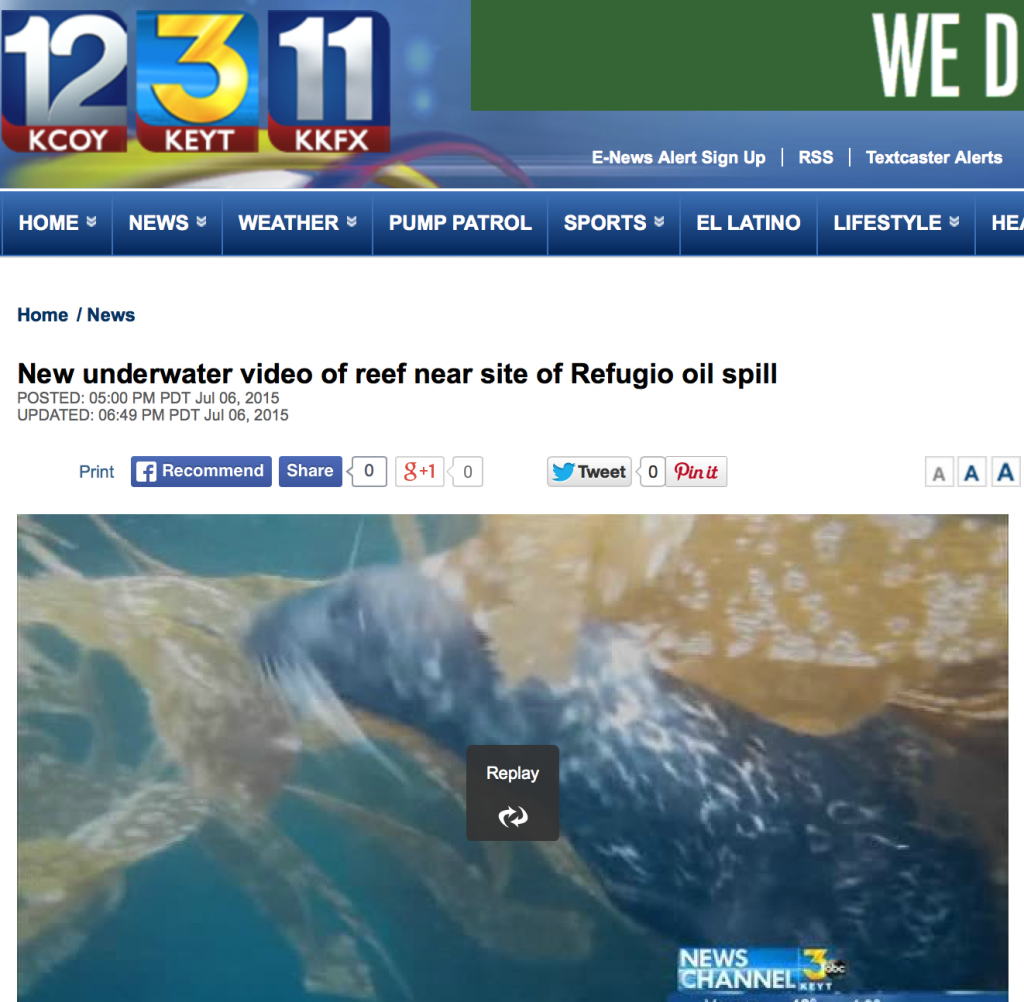 Anyone wanting to get out to Naples Reef post-spill now has an easy way to do so.  The Santa Barbara Channelkeepers are offering a discounted dive trip to the area tomorrow.  If anyone is interested is seeing the reef that lies about a mile offshore, head to Channelkeepers website to sign up.  Last word from Ben, was that there was still space on tomorrow’s trip!