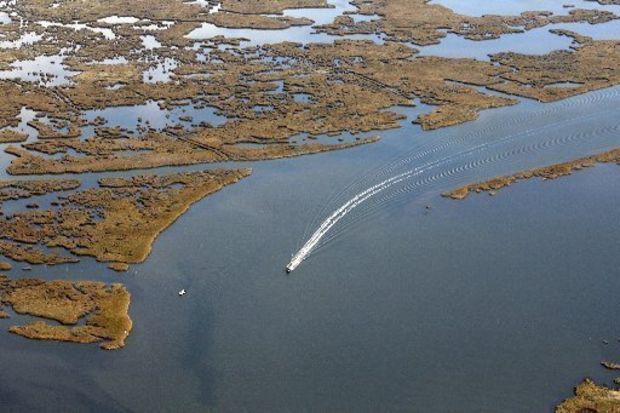 Source: Oil and gas industry is already investing in coastal restoration: A letter to the editor | NOLA.com

Mr. Marc Ehrhardt, executive director of the Grow Louisiana Coalition just penned this op-ed in the New Orleans Times-Picayune, one of many such op-eds marking the multifaceted state of recovery of the Louisiana Gulf region on the 10th Anniversary of Hurricane Katrina.

I do not have access to the accounting ledger to verify his claim, but lets take his point that oil and gas industry “directly pays nearly $1.5 billion in state taxes and fees” on face value.  To be sure the industry pays a lot of money each year to the state of Louisiana (and especially into federal coffers).  But I believe this statement completely misses the point.  The central issue here revolves around our damaged and dying network of wetlands across the Louisiana coast and the need to heal them.

The issue is not the fact that extractive industries in Louisiana pay some of the lowest rates of fees and taxes of any state in the United States for their activities.  Nor is the issue that BP is contributing a comparatively minor amount relative to the true impacts of the 4.9 million barrels of Deepwater Horizon-released hydrocarbons dumped into Gulf of Mexico over three months in 2010.

The biggest destroyer of Louisiana wetlands has been the leveeing of the Mississippi River starting in the early half of the 20th Century.  Another grand example of our society’s desire to control nature with the hubris to attempt to completely and utterly alter the major hydrologic system that drains nearly half the continental United States didn’t exactly go as planned.  Just ask the Midwesterners flooded from house and work in recent years.  Or the dead zone (oxygen minimum zone) the Gulf of Mexico.  Or the wetlands of Louisiana.  Severing the annual sediment onto the coastal plain has proven catastrophic to these vibrant, productive ecosystems across the edge of the Gulf of Mexico.

But to be clear, there are many, many other sources of wetland loss.  Chief among these is the outright destruction of ecosystems.  Building cities, clear cutting old growth Cypress, etc. all take their toll.  Sea level rise has yet to truly step up to bat, but as it inches closer and closer to home plate each year, it is compounding our loss problems.  But oil and gas exploration and extraction also bear responsibility here.

Before the onset of the lawsuit referenced in Mr. Ehrhardt’s letter, representatives from the oil and gas industry agreed (with a host of public sector and academic experts) that oil and gas exploration in Louisiana bear the responsibility for at least one-third of the wetland loss we are seeing manifest today.  Since this lawsuit, the industry appears to have changed its tune: now the mantra seems to be “we are already doing a lot.”  This is usually (but not always) proffered through third parties such as this Op-Ed from an apparently nice sounding entity not obviously linked to the oil and gas lobby.

To be clear, several of the projects I have been associated with over the years have benefitted from oil and gas industry support.

But in my opinion letters such as this are a clear attempt to obfuscate the central issue: the particular manner in which oil and gas well heads were located has caused and is causing major damage to our wetlands.  There is no one who hates our over litigious society more than I, but this lawsuit is actually simply seeking to get the companies listed to TO WHAT THEY HAVE LEGALLY AGREED TO DO in the first place (note: attempts to dismiss the case were rarely on the merits of the case, but rather on the standing of the plaintiffs to file a lawsuit in the first place).  It has not sought to have the industry fix many of the harder to quantify impacts associate with spilled oil, etc.  Rather, these companies agree to back fill their ultimately quite destructive exploration canals upon completion of their extraction activities (in the 1960s, 1970s, 1980s,  etc.).  The legal contracts/obligations to do so were signed by their own legal counsels at the time of the onset of exploration.  State/federal regulators also signed them.  Those regulators have been asleep at the wheel here (not surprising given the normal state of affairs in Louisiana).  This lawsuit seeks to have the businesses that cut these swaths through he wetlands to repair the obvious damage that has resulted from these poor examples of coastal stewardship.  Again, AS THEY AGREED TO DO IN THE FIRST PLACE.

I my opinion, this is a minimal, fair ask of the industry.  I have heard few Louisiana residents bad mouth the oil industry in this context.  Rather this is a case of let’s be fair and honor our contracts.

The fact that the Louisiana legislature has been hell bent on changing the entire legal system in response to this one lawsuit so as make such challenges illegal, Governor Jindal has gone back on promises to allow the levee boards to be independent and objective entities post-Katrina, and admonishments such as the Governor’s missive to President Obama prior to his visit to New Orleans this week to “respect this important time of remembrance by not inserting the divisive political agenda of liberal environmental activism,” are a clear indication that there is a strong tradition of not holding this particular industry to account when needed.  Even to hold them to the agreements everyone made in the first place.

We need to come together here and call a spade a spade.  Not demonize, but at the same time not let off the hook folks and industries when problems exist.  Louisiana doesn’t have a good record on this point I’m afraid.